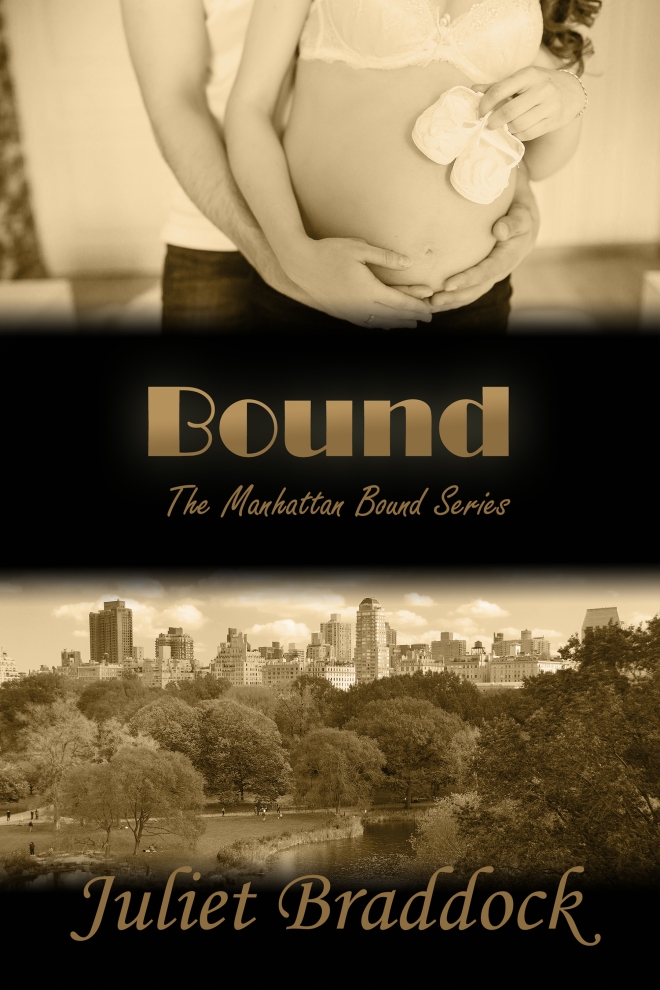 On a journey that brought young Maxine Kirk to Drew McKenzie as a novice submissive, the two lovers explored their most salacious fantasies together. In BOUND by Amazon bestselling author Juliet Braddock, the fourth book in the “Manhattan Bound” Series explores how life, love and lust have flourished between these two unlikely lovers.

Through dungeons and castles in the most glamorous cities around the world, Drew. A rising star on Broadway, brought publicist Maxine’s wanton desires to life, indulging her every need with a lavish but honest display of his affection. And in the course of their relationship, they found a love that could not be shattered.

While they placed their faith in each other, the lives of their friends and families converged. Often, their sexual shenanigans took a backseat to the lives of those most near and dear to them. Their separate worlds became one.

Five years later, changes have come to their lives, and Drew and Maxine find themselves facing a life-altering decision that will impact their ordered world in ways they’d never imagined.

And while their wanderlust and pursuit of kinky pleasures never wane, they discover together that the happiest place on earth really is right in their own chaotic home.

BOUND, the final novel in Juliet Braddock’s “Manhattan Bound” series of four books, is available at on October 11 at Amazon.

Juliet Braddock loves eighties music, wine, food, theater and all things French. When she’s not exploring the big cities of the world—most notably Paris—she lives and writes in Manhattan, and is the proud cat mom to a very spoiled Russian Blue rescue. View all posts by julietbraddock