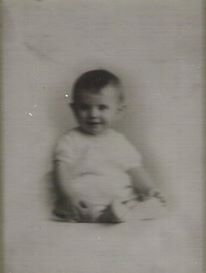 They say to write what you know…and unfortunately, I know a lot about grief.

When I was twenty-five, I lost my mother to a very quick cancer.  I had no time to process the fact that she was sick, let alone dying. I was angry and in denial, and years of therapy later, I probably still am. But she was a very different kind of mom.

My father was an asshole.  Period.  He believed that when a relationship ended, so did his contact with his children. I’m one of five daughters. I have four sisters whom I’ll probably never get to know.

However, my mother made every effort to make up for his absence in my life. In fact, having a single mom was the norm to me, and that’s how we both liked it.  I remember she once told me, “I had to have a daughter to have a best friend…” And that’s stuck with me until this day. She was right. We were so much more than mother and daughter.

She was the one I called every single night just to talk about my day, and I was the one she turned to when my grandmother upset her. We went to the theater together. We traveled together. We shared a love of restaurants and wined and dined every chance we had.

All of that togetherness, however, wasn’t born out of duty or necessity. We both really just enjoyed each other’s company. In me, she fostered a love of cats, theater, travel and New York City. We always had something to talk about.

She certainly wasn’t conventional. She cursed like a sailor, and she taught me some life’s lessons that shaped the independent woman I am today.  She taught me how to believe in myself and to create a life of my own. She taught me how to make my own happiness. In fact, she packed my bags for New York just because she knew it was the only place in the world that truly made me happy.

Throughout my life, she supported any whim I had.  She watched a chubby, clumsy me struggle through dance classes and cheerleading. She attended every single one of my school plays — when I was the star and when I didn’t even get marquis billing. She smiled through my attempts to sing in the children’s choir and to play the piano.

Through all of it, she always returned to what she thought I did best — writing. I admire her to this day for pushing me to write.  My father was the writer.

I remember the day we were cleaning out the basement, and she found one of his old manuscripts.  She didn’t hide it from me.  She showed me.  And she said, “You’re a much better writer. You have talent. He just put words down on a page.” We later burned his manuscript in retribution for his taking her Gene Pitney albums when they broke up.

She could have easily deterred me — guided me toward another passion. But instead, she was my biggest fan and encouraged me to major in journalism. In college,  I spent months writing my final project — a huge essay on Eva Peron that was published in our literary magazine.  I dedicated it to her. And she cried.

My favorite memories of her were after I moved to New York.  I lived in 300 square-feet with my fifteen-pound cat, and she’d visit.  Sometimes, she’d bring my friends with her. We’d been to the city so often when I was growing up, but she finally had the chance to sample what it was like to live in New York through me.

We built new traditions those last few years, some of which I’ve kept up today. But there’s not a day that goes by that I don’t think of her. I miss her so much that I can feel the physical pain.  I wonder what she would say about how my life had turned out. I crave the advice she used to give me. And I miss talking to my best friend.

Most of all, though, I miss telling her how much I loved her. I wish I had just five more minutes with her. Hell, I’d settle for sixty seconds.

Chuck, I love you and miss you. Happy Mother’s Day up in Heaven. Go see a show with all of my Tragic Davids in the sky. Mwuahhh!

Juliet Braddock loves eighties music, wine, food, theater and all things French. When she’s not exploring the big cities of the world—most notably Paris—she lives and writes in Manhattan, and is the proud cat mom to a very spoiled Russian Blue rescue. View all posts by julietbraddock

One thought on “On Mother’s Day”